The Zeta Sigma Chapter of ZTA was founded on April 12, 1969 at The University of Texas at Arlington.

The Zeta Sigma chapter was originally known as the Avolonte Sorority which was founded in February 1922, and it was commonly called the B.O.B. club because of their "daring short hair bobs." Avolente come's from the French idiom a volonte, meaning "at or with will or pleasure."  As the sisterhood developed, Avolonte came to mean "Pleasure with Direction."

The Arlington ZTA Alumnae Chapter began to take notice of Avolonte in the Fall of 1966. After several meetings with the ladies, the Alumnae chapter, voted to recommend the acceptance of the Avolonte Sorority if and when they wished to petition Zeta Tau Alpha. By the spring of 1968, the Avolontes began petitioning ZTA.

On April 12, 2019, Zeta Sigma held a 50 years celebration. The first initiate, Elizabeth Banowsky is pictured below holding an Avolonte hat. 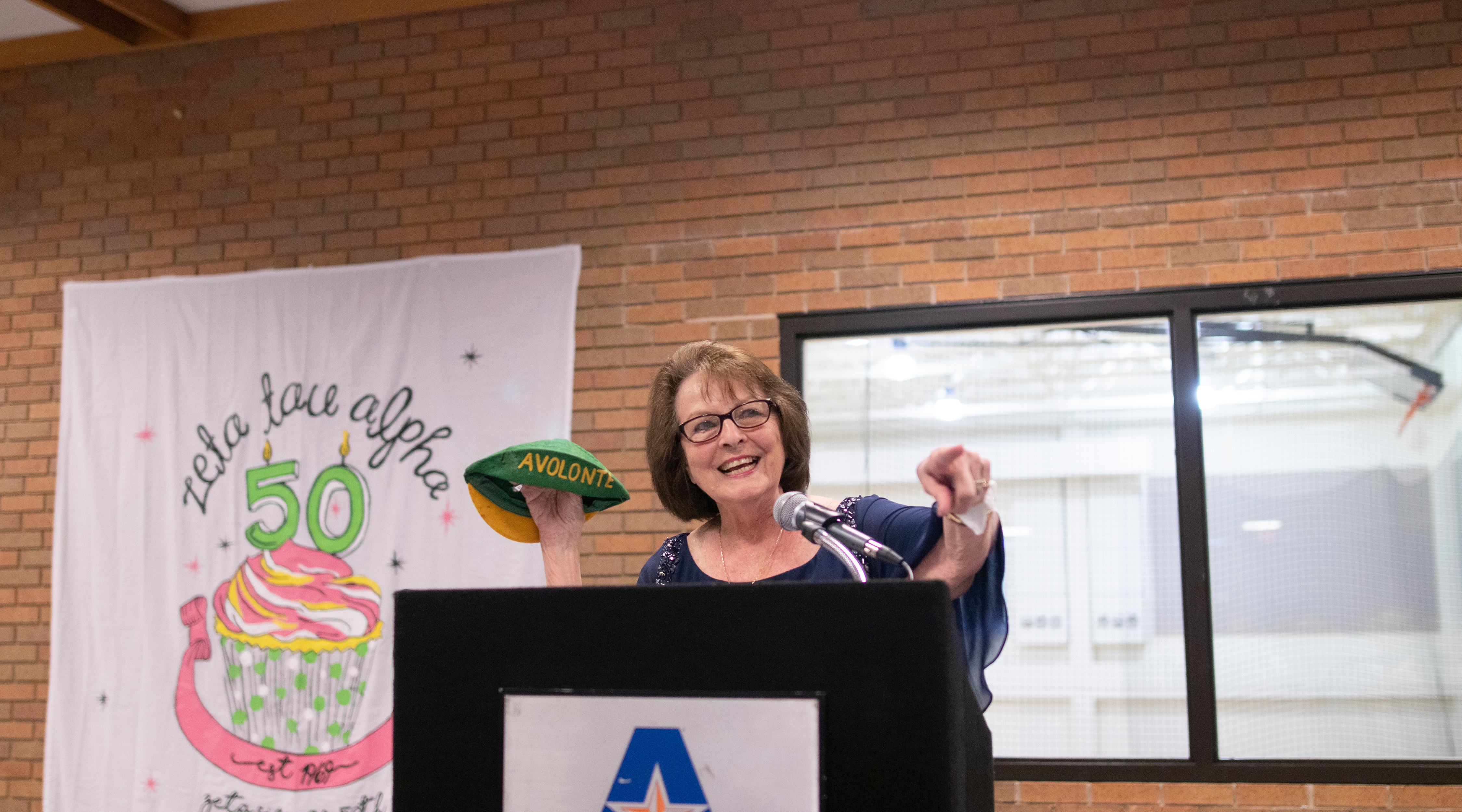 University of Texas at Arlington